BBC has launched an Olympics App for iOS (5.0 and above), Android (2.2 and newer) and Blackberry devices. The free app allows you to watch up to 24 live streams of Olympics action and catch up with all the key highlights and medal moments, ensuring you never miss a moment of the 2012 London Olympics Games. 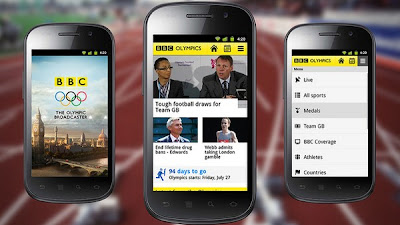 Unfortunately that means anyone on the latest version of the Android OS, 4.1 Jelly Bean, is out of luck. You’ll also need to be in the UK to stream content from the BBC. For those outside of the UK, there is a global version which does not contain live video streams.

BBC coverage of the 2012 Olympics can also be enjoyed on mobile phones via the mobile browser version of the BBC Sport website. Fans accessing www.bbc.com/olympics via their desktop and mobile devices will also be able to enjoy more relevant Olympics news from around the world following the inclusion of Geo IP targeting.  For instance fans in Nigeria will have the latest news titled ‘Team Nigeria Headlines’ and this functionality will be available for all countries participating in the games.

The BBC Olympics UK app can be downloaded for: Android, Apple and Blackberry

You can download the global version for : Android and Apple.

What do you have to say about this app?