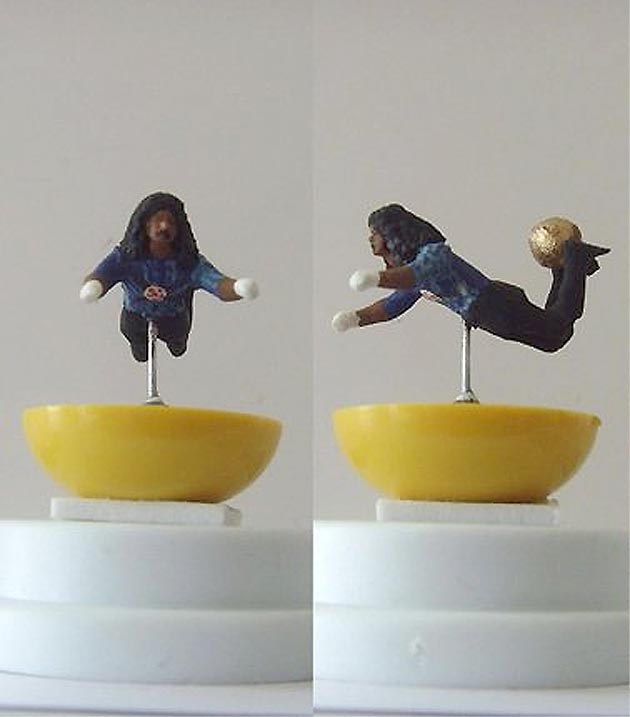 His moment of glory might have come 17 years ago, but the name ‘Rene Higuita’ is still enough to bring a huge smile to the face of most football fans.
The flamboyant Colombian keeper was famous for his antics on and off the pitch, so much so that he was affectionately nicknamed 'El Loco' - or 'The Madman' - by fans.
But never was he crazier, nor more impressive, than when he pulled off his infamous 'scorpion kick' against England in a friendly at Wembley in 1995.
With the ball curled in towards goal, Higuita decided against catching it and instead leapt into the air, flicking his heels up to clear the ball off the line.
He might have scored eight goals in 68 caps for his country (he was an accomplished free-kick and penalty taker), but the scorpion kick remains what he is most famous for.
And now his amazing move has been immortalised in an appropriate way: Subbuteo. A special piece has been created with Higuita in mid-scorpion kick, so that fans can relive that moment any time they like.

Email ThisBlogThis!Share to TwitterShare to FacebookShare to Pinterest
Labels: News